The trouble came when his flight departing Chicago, to London, sat on the tarmac for an unprecedented 2.5 hours following a power failure on the plane's central grid.
Tyler has traveled via air in times past, but never before had he been met with the kinds of delays seen leaving the "Windy City".
"I was, like, really shocked by how long we had to sit there," said Elliott, "and I never expected the delays to make me miss my flight from London to Copenhagen. Like, not cool bro."
After arriving in London three hours late, the Individualized Studies major rushed to security in a last-ditch effort to make his 2pm flight, but all efforts were in vain as the overly-polite British woman taking his ticket informed him of the bad news. In an effort to repair broken bridges, British Airways provided Elliott with a £10.00 meal voucher, which he used all but £.56 of.
Elliott is staying in an apartment five kilometers outside of Copenhagen, where his host family has graciously offered him a room for the next four months. 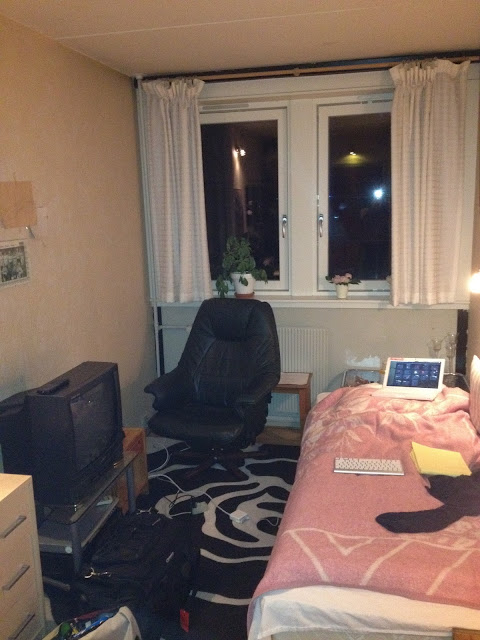 Above: The Room Elliott has been given for the next four months.

The Ohio student reportedly enjoys the comfort of the bed and his two house plants (pictured), but would appreciate more outlets and lighting.