I decided upon leaving Jasper two days earlier than stated in my itinerary. It was a true spur of the moment decision, requiring an immediate return of my rental car two days early (I saved $8!) and a ticket change with under an hour to go until departure. My friends from the train had all departed for Kamloops, a seemingly strange town in South-central British Columbia, two days prior. With the hostel I stayed at my first three nights booked solid with a large group, I began resorting to sleeping in the back seat of my rental vehicle the nights of the 23rd and 24th. This was scary, and difficult, as I was parking in a pull-off in the woods on a rural mountain.

This post is about the whimsical city of Vancouver, however, so I digress.

But some quick bullets about my quick 17 hour train ride:

Vancouver is seemingly the perfect city. Mountains to the North, Pacific Ocean to the West, and completely walkable. And that's primarily what I did, save a few quick jaunts on the most beautiful subway/metro I've ever ridden.  Putting the MTA to shame, I am seeing an appeal to inhabiting a major city that also has fewer than 17 million persons.

Despite an effort made to Couchsurf (a seemingly easy thing to accomplish in Vancouver) I had to stay in a Hosteling International bunk for the entirety of my time in the city. It was located in the Red Light District, which pretty much could have been a beautiful side street in any other major city.

I had the best coffee of my trip (and life) at Revolver Coffee in Gastown, a small neighborhood known for its place as an historic district, featuring cobble streets et al. Anyways, the coffee was Bolivian and on Chemex. I got my own serving carafe. I'll never forget it.


On my final evening in the city, I traveled to the neighborhood of Granville Island, mostly known for its brewery of the same name. I got to go with my friends from the train, and it was good.

As mentioned prior, there hath never been a better melding of urban-oceanic-massif geography than the great city of Vancouver, British Columbia. Here: 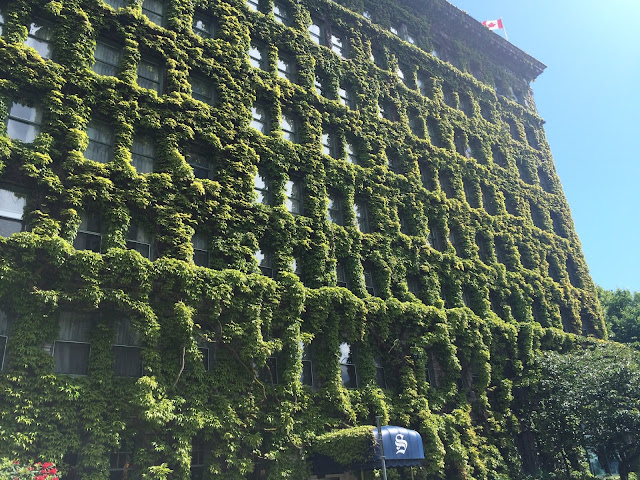 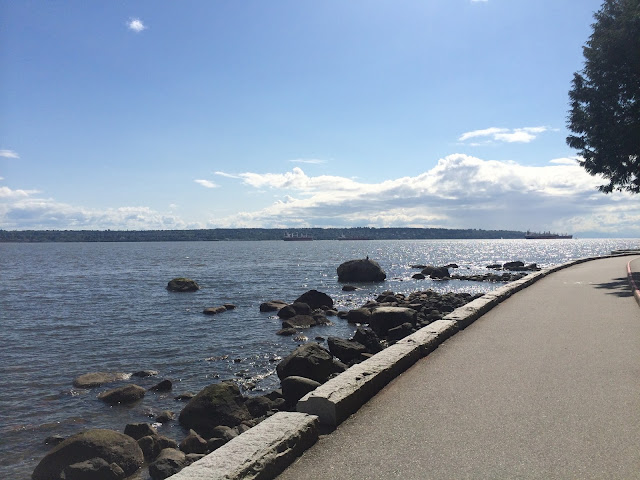 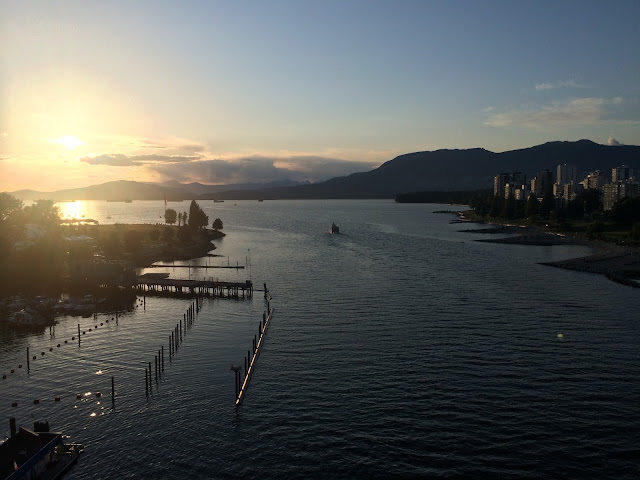 While I had plans to see noted rock outfit Band of Skulls while in the city, I decided my time was better spent further exploring for free. That said, I went to popular nightclub "The Roxy" after a night on the town (only after they stopped charging cover) and listened to the house band tear through accurate covers of mostly terrible 80s staples. At one point towards the 2am hour, someone requested Seven Nation Army. Not knowing the lyrics, they were about to pass on the song, at which point the front man looked into the crowd and asked if anyone did know the lyrics. Like a magnet, he looked to his right, but then, like, a little lower to the right, and locked eyes with me, my beer in hand, proclaiming, "You! You know the lyrics." And I did. And as I was pulled on stage in front of these several hundred drunken Vancouverites and their drunken guests, I entered my element and nailed it. This has since been my calling-card story whenever the topic of Vancouver arises and I am within earshot.

It was on 30 May that I departed the nation of Canadee-I-O for these United States of America, Time Pacific Standard. In my final act as an expat I stopped in at the one place that required my attendance, which was the House that Timothy Built, as I am deciding to call it.

I'd like to thank Canada for being a stellar host. Till we meet next, friend.

Jasper and surrounding regions, put most simply, were the most gorgeous places I have ever seen. Because we are talking about sight, this post will be extra-image based. Here is a map outlining where I was. Ignore Edmonton. I did not go there and thus it does not matter to you right now. I was in Jasper primarily, though drove the entire Icefields Parkway (the red line between Jasper and Banff), and stopped in Lake Louise for a day.

For the majority of my time in these locales I traveled with three people I met on the train, an Ottawan guy, and a Mexican and German girl. When one is on a train for, as seen above, SIXTY FIVE AND A HALF HOURS straight, you actually don't just sit in your seat and you actually do have an experience. Look. I can't explain to you what it was like in this place. I encourage you, whoever that may be, to visit this place that I was lucky enough visit myself. It is beyond words, and for that reason, I leave you with only pictures. Thank you.

Posted by Tyler J. Elliott at 5:59 PM No comments: